The area around the mouth of the Saco and Goosefare rivers was first discovered by European civilizations in the year 1603 by British explorer Martin Pring, although pockets of the Abenaki tribe inhabited the area before Pring’s discovery of the region.

The Old Orchard Beach area began appearing in historical records around 1653. The area was first officially settled in 1657 by Thomas Rogers who had arrived in the Goosefare Brook area in 1636 and who dubbed it “The Garden By The Sea”. The town takes its name from Rogers’ abandoned apple orchard. Rogers’ family left the area and relocated in Kittery, Maine after an Indian attack destroyed the Rogers’ homestead. The namesake orchard survived for approximately 150 years as a beacon of land to sailors in the Atlantic Ocean.

Old Orchard Beach has been promoted as a tourist destination since 1631. In 1829 the first Public House opened, and in 1837 tourists paid $1.50 each to stay at a local farm. Railroad service between Boston and Portland opened in 1842 which provided a robust flow of tourists. Today, many visitors from the Canadian provinces can be found vacationing in the area. You’ll often hear French being spoken during the summer season.

On July 24, 1927, Charles Lindbergh, the famous American aviator, made an unexpected stop at Old Orchard Beach. The field he was due to land in was fogbound, but he knew he had a much larger landing strip on the sands at Old Orchard. At the time, he was on a cross country goodwill tour flying his special aircraft, Spirit of St. Louis.

The Old Orchard Beach Pier first opened to the public on July 2, 1898, offering entertainment of all types – including concerts, dancing, lectures, and a casino located at the very end of the pier. The 1825 foot structure was built with three pavilions by the Berlin Iron Bridge Company for a cost of $38,000. 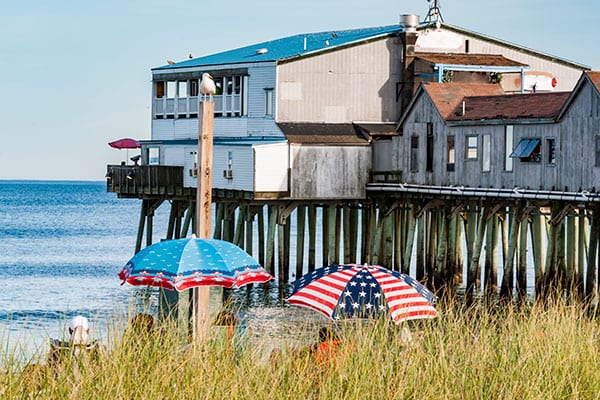 In November of 1898, the pier and casino were partially damaged by a storm. The Casino was rebuilt in 1899 and in August of 1907, a fire destroyed the entrance. Once again, the pier was rebuilt in 1908 only to have one of the pavilions swept away by the great storm of March, 1909. This storm caused extensive damage and the casino was shortened by 1,000 feet from its original length of 1,825 feet.

The middle of the century saw the heyday of the Pier Casino Ballroom, which held as many as 5,000 people. The Ballroom was noted for its moving picture shows and live entertainment, featuring acts such as Frank Sinatra, Louis Armstrong, Guy Lombardo, and Benny Goodman. Over the years, a series of storms ebbed away at the pier causing the casino to be razed in 1970. Then the great blizzard of 1978 destroyed what was left of the pier. The Pier, as we know it today, was re-opened in 1980, and houses many fine shops and restaurants. The current Pier stretches 500 feet into the Atlantic Ocean. The wooden walk way is lined with souvenir shops, food vendors, restaurants and a night club at the end of the pier. 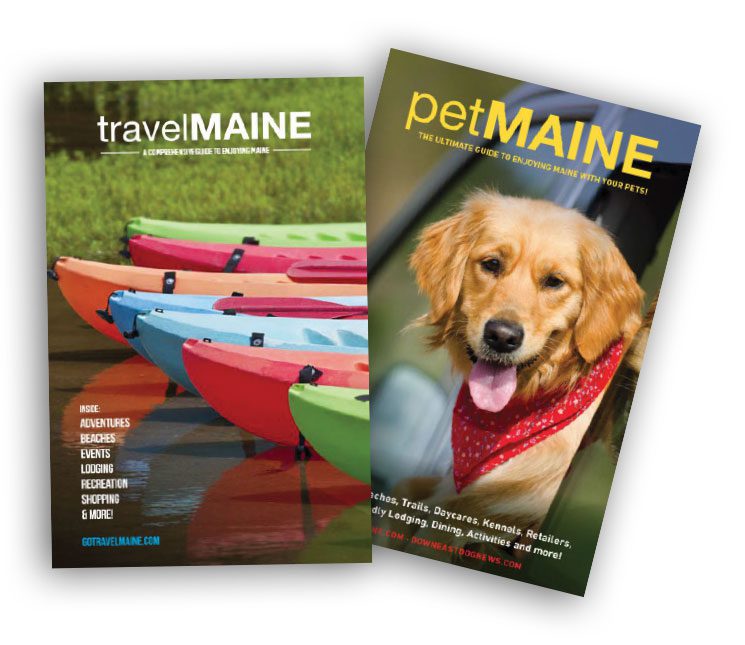